Every now and then I am reminded of this:

What I find fascinating here is that it embodies two completely opposing views on a kind of spontaneous consensus. The British mindset apparently sees it as a suggestion that there is something to it, while the German reacts with suspicion.

The matter is complicated -and simplified - by the fact that both expressions are often used to describe the ... 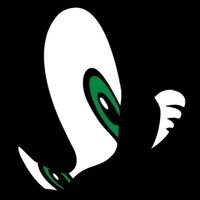 @jens it's interesting that both seem to go back to the same greek proverb, which had both sides: "Great minds think alike, though fools seldom differ" (https://mystudentvoices.com/4-quotes-that-you-have-been-terribly-misquoting-6b2233d3212d ).

Of course, that one doesn't appear at first glance to contain the element of self-deprecation that the German saying does, and it's still relevant that there was a split in which half of the saying made it into each is the present-day idioms.

The social network of the future: No ads, no corporate surveillance, ethical design, and decentralization! Own your data with Mastodon!